At number 7, Avenue Juan Carlos I, you can see a magnificent example of modernist architecture. This building, which was built in 1904, is a typical bourgeois residence from the end of the nineteenth and beginning of the twentieth century. It was once the property of Juan Manuel Bosch Martí, which is where it gets its name, and today it is a bank.

During the Spanish Civil war (1936 – 1939) the building was occupied by an anarchist inspired CNT trade union, which began construction of a cinema-theatre within. Part of the building was expropriated by the Town Hall to build the retail market and small square which today separates the two buildings.

The house has three very different floors. The entrance to the ground floor housed a lush interior garden. The front of the building is one of the few examples of modernist architecture to be found in the Maestrat region. There are two wonderful forged iron balconies which are decorated with stylized plant decorations, various covered balconies, crowned with plant-like cresting and an undulating cornice.  The whole house is covered with olive green glazed ceramics tiles. 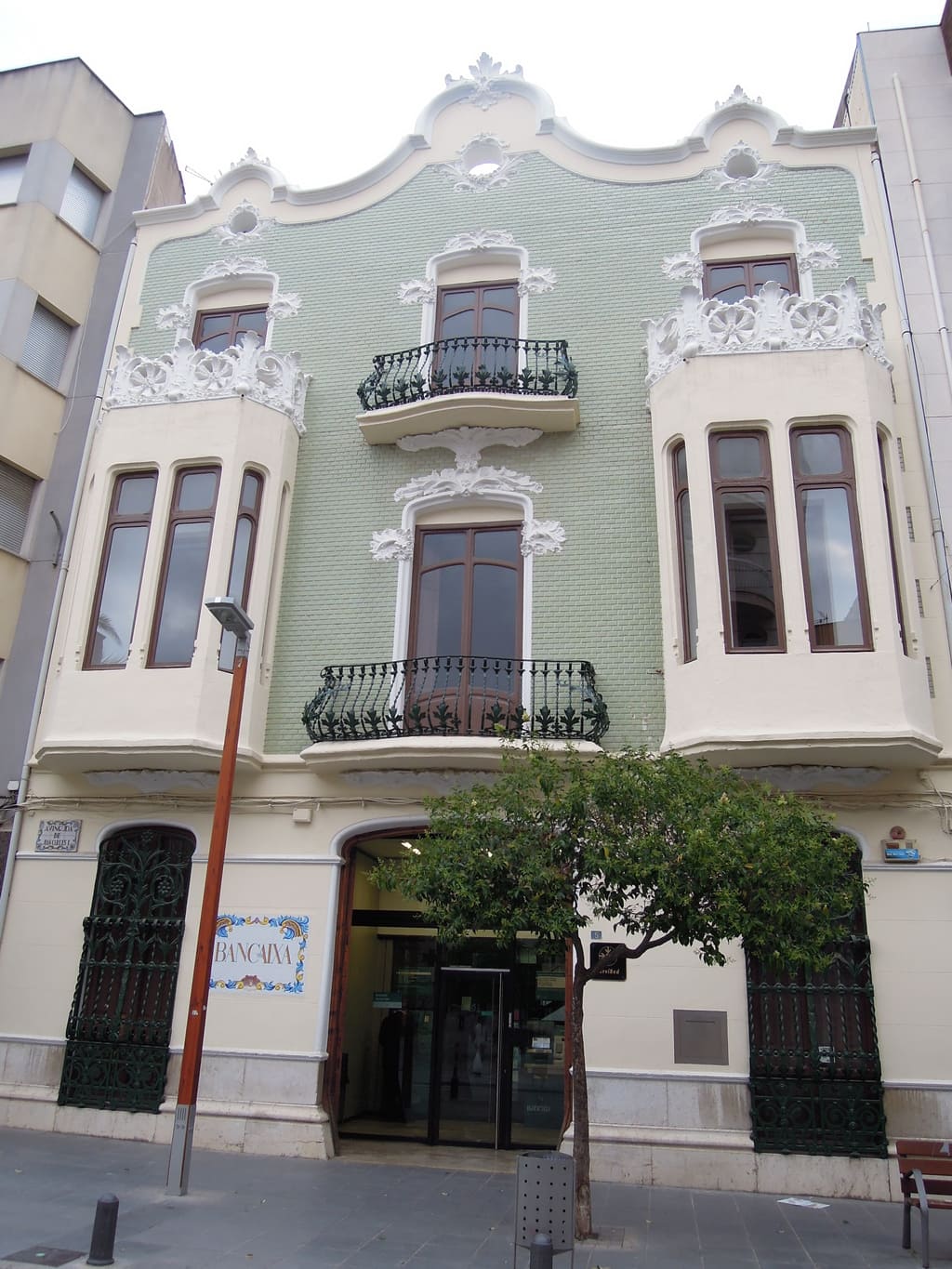