Peníscola, also known as the town in the sea ‘Ciudad en el Mar’, is 7 km from Benicarló and is crowned by the Pope Luna Castle, a Templar fort dating back to the year 1307 when it was converted into an impregnable watchtower surrounded by impressive stone walls which protect the old town.There are some remarkable places in the mediaeval quarter, like the artillery park, the Ermitana church, the Fosc Portal (sixteenth century), San Pere Portal (fifteenth century) and the ‘Bufador’ (where seawater surges up through a hole in the pavement).

A different way to discover the heritage of Peníscola is by following the Peníscola Cinema route, where you can see the settings for films and series which have been filmed in the town, like El Cid, Game of Thrones, Calabuig and El Chiringuito de Pepe among others.

The Sierra de Irta Natural Park is situated in the extreme north of the Valencian Community, between the towns of Alcalá de Xivert, Santa Magdalena de Polpis and Peníscola.

The Sierra de Irta mountain range runs parallel to the coastline for about 15km, and here you can find cliffs, beaches and coves. There are numerous sign-posted trails you can walk along to discover this wonderful area and its heritage, like Xivert Castle or Badum Tower. By taking different routes you will be able to discover the charm of the Sierra de Irta countryside. Every route shows you different parts of the park and gives you the chance to see some really impressive places and views.

The Sierra de Irta is one of the most spectacular landscapes in Valencian geography, thanks to its typically Mediterranean flora and fauna and the surrounding cliffs sloping down to the sea. Due to a near absence of human settlements throughout history and the progressive abandoning of crops and livestock farming which had endured for centuries, there is a presence of natural and ethnological values making this one of the most privileged landscapes on the Mediterranean coast. 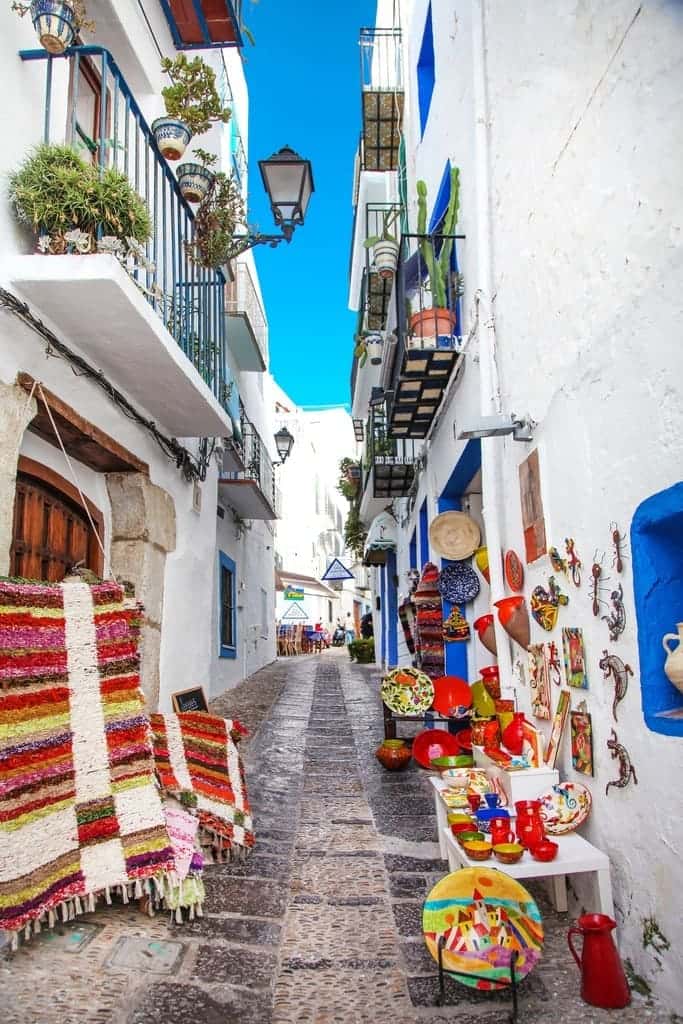